The late Claus von Bülow, a hauntingly debonaire gentleman, was convicted and then acquitted of the attempted murder of his wife in 1980.

Portrayed by my long time thespian muse Jeremy Irons in the film “Reversal of Fortune,” I was inspired to fuse my own contemporary assessment of the then-and-now versions of both the character portrayal and the man himself.

Cold, confident, and smugly conceited, I have draped von Bülow in crisp micro geometric patterns both in suiting and casual wear. Sumptuous weaves of brushed cotton & cashmere, velvet and fancy jacquards set the tone for my sartorial interpretation of this mysterious historical dandy. 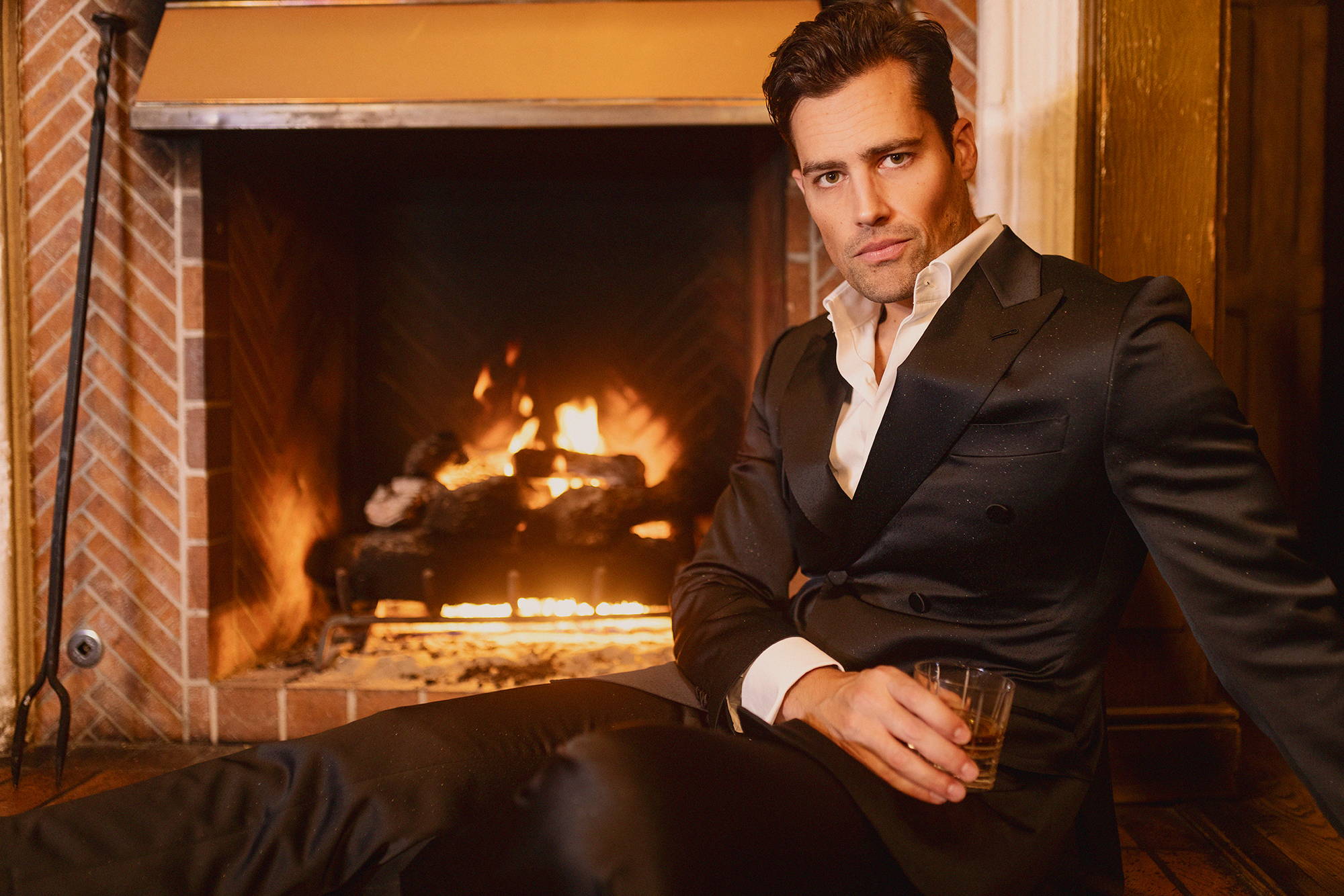 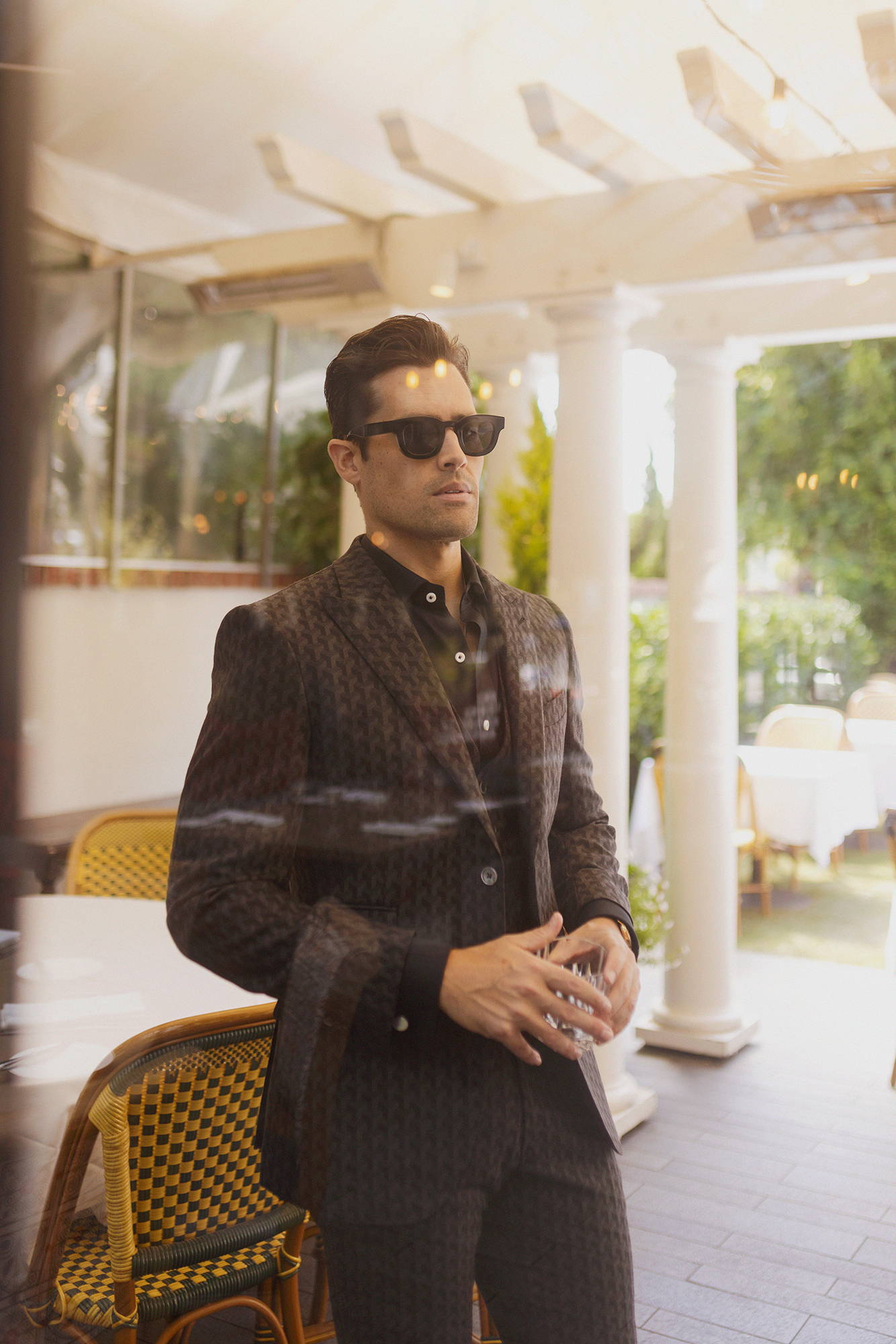 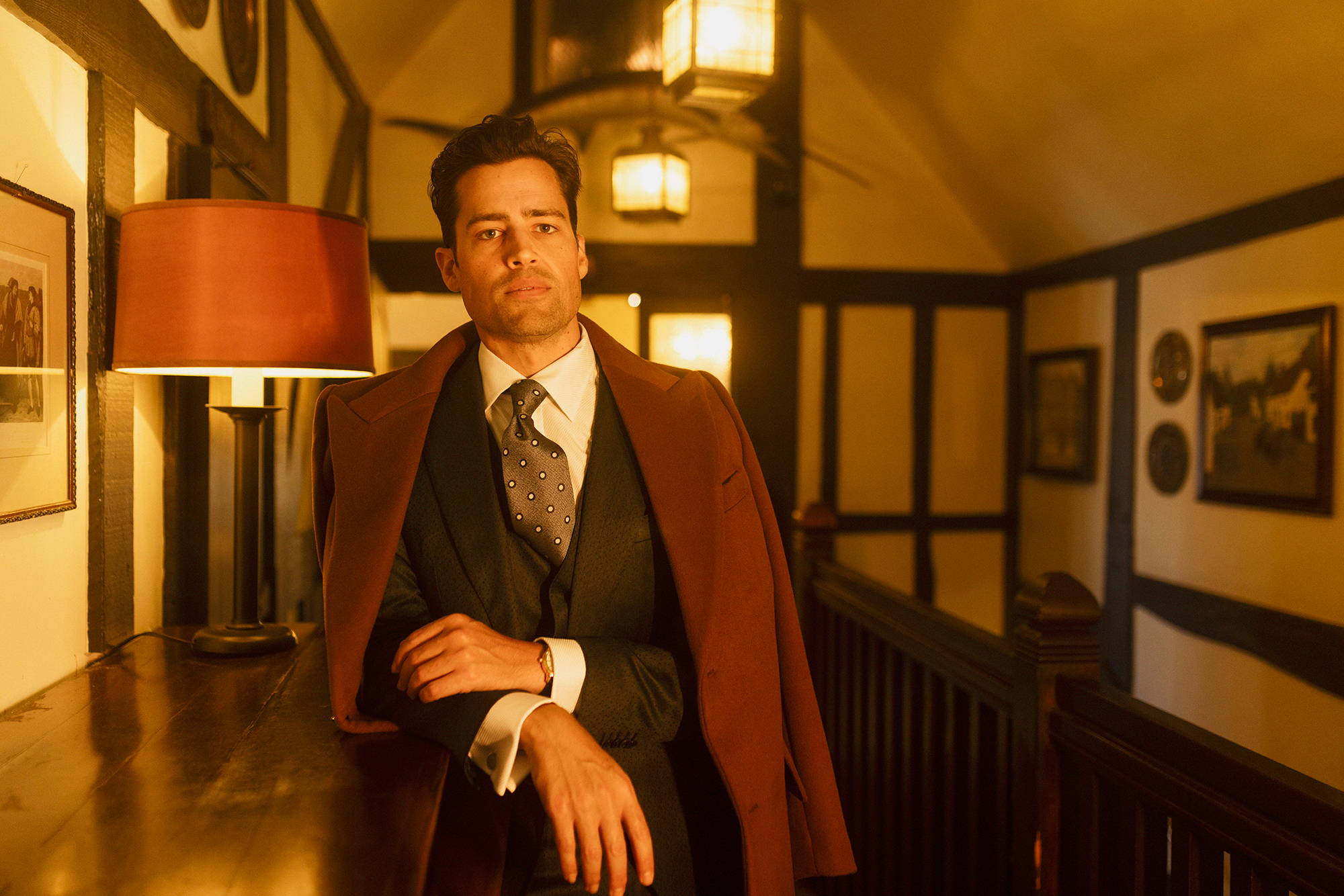 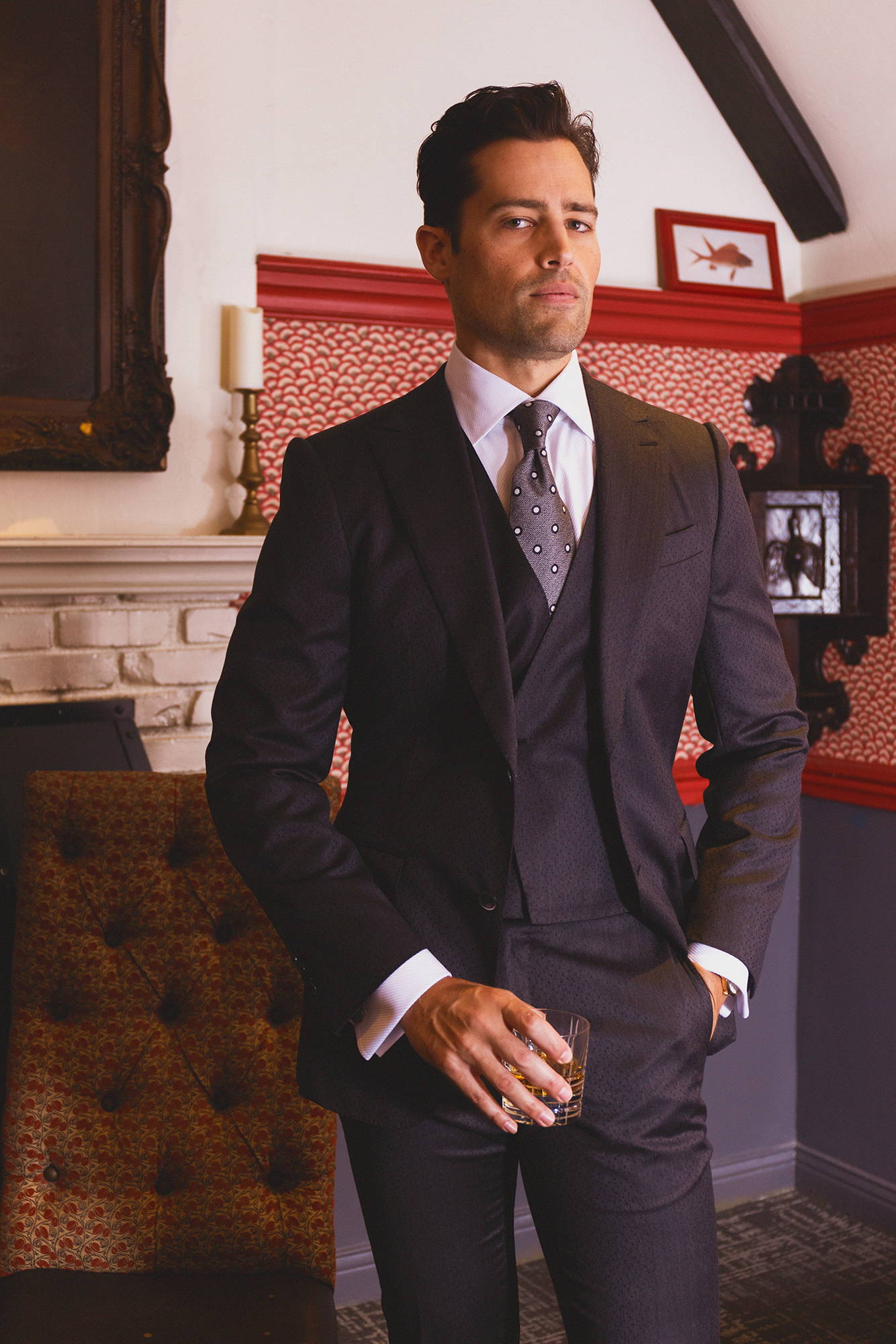 Deliberate yet demure, deep charcoal reads solid at a distance while the miniature geometric weave draws one in upon close contact.

Designed with the signature MP Semi-Peak Lapel and one button cross over vest to deliver style that is powerful, yet understated.

Wear with or without the vest and pair with a white shirt as shown, or dark shirt and no tie. 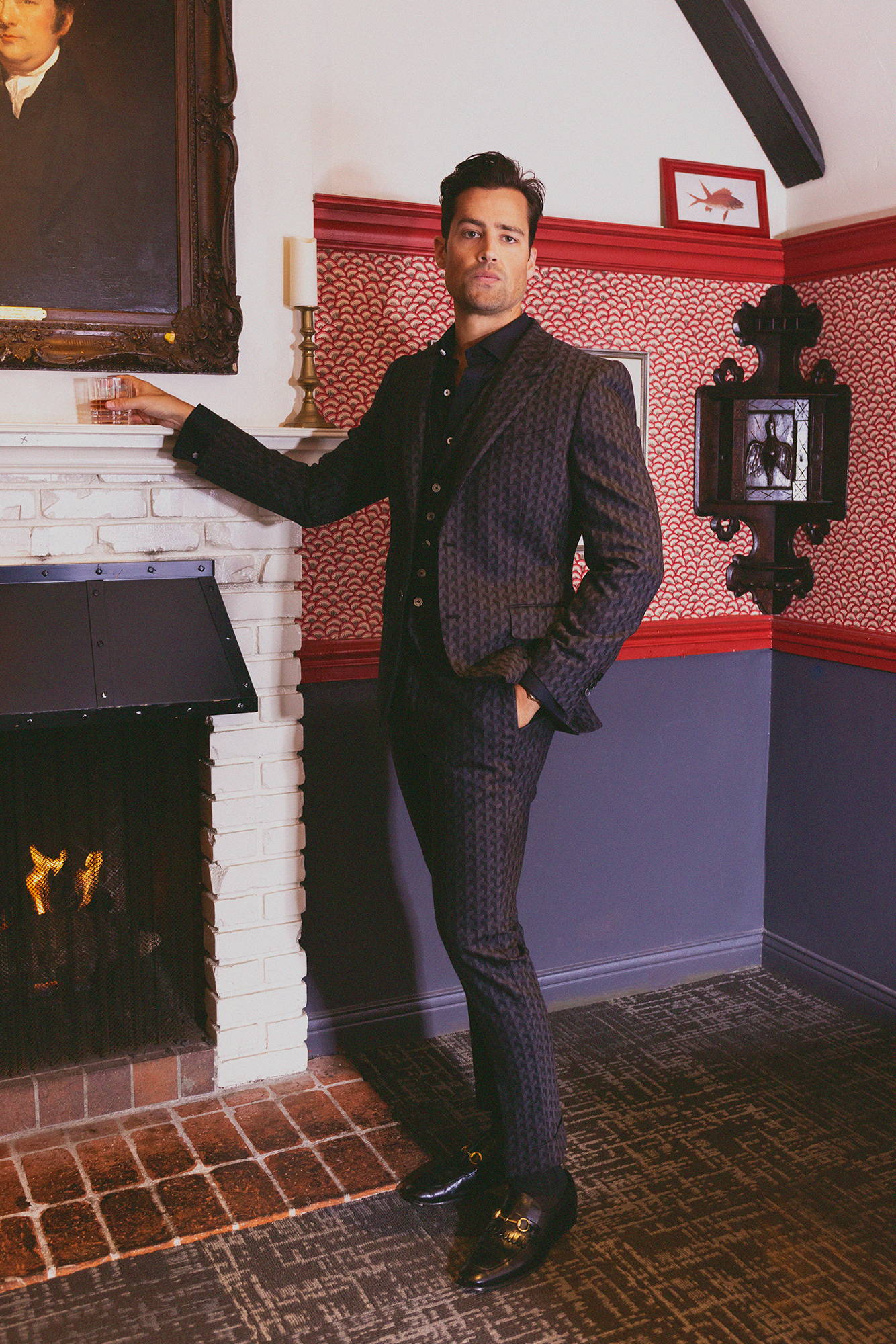 Confident geometry that makes a strong statement — inherently dressy yet sporty all at once.

Designed with a peak lapel and 6-button vest.

Wear all three pieces without the tie to command a modern look, or break apart as trousers with knitwear or sport coat with jeans.

Sumptuous and comfortable layers of exotic fibers that offer supreme comfort to the touch and freedom of movement.

Dress the look down and wear as separates with denim and sneakers. 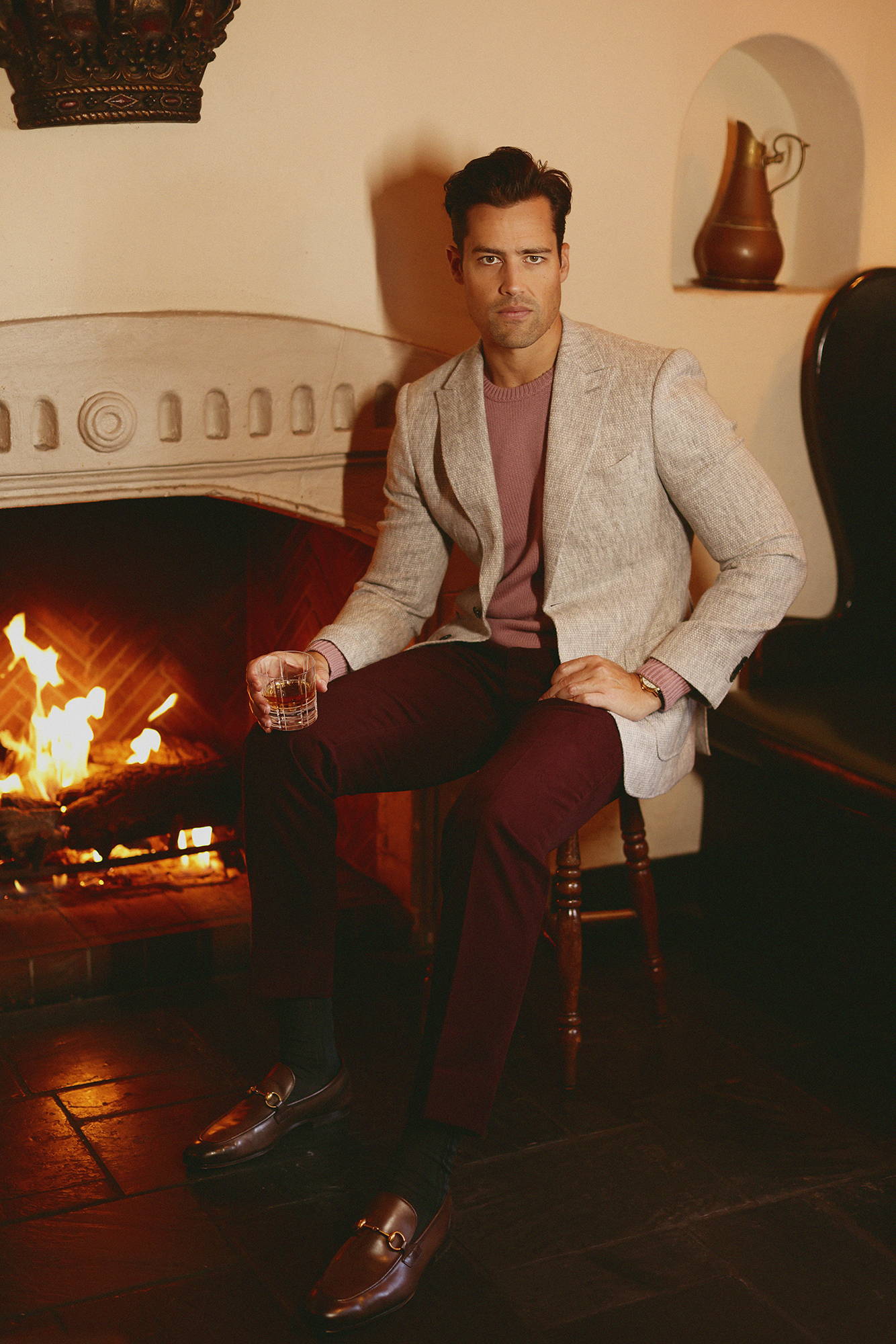 Pair with trousers and loafers or denim and sneakers. 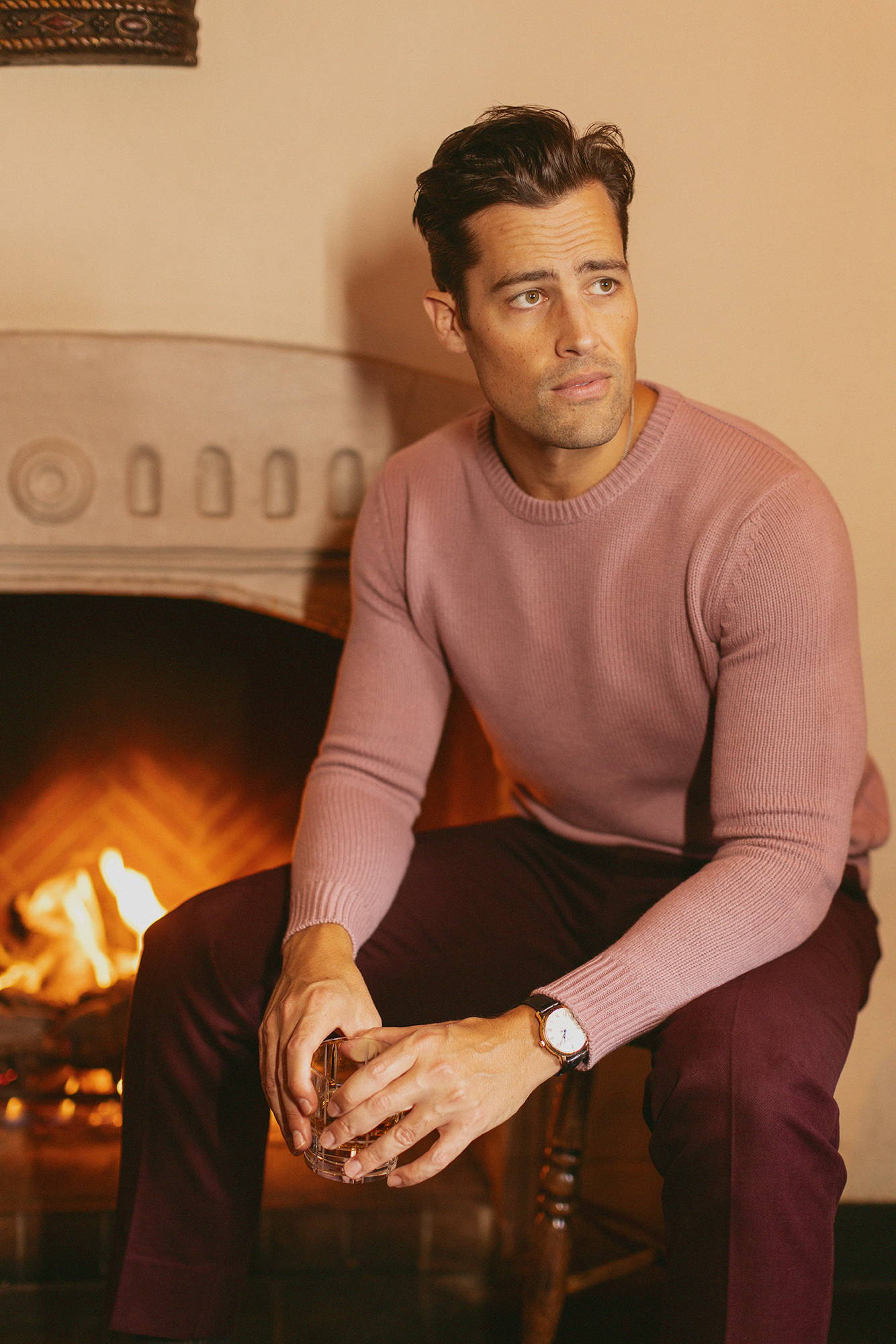 Punctuate a subtle statement with soft geometry and contrasting textures.

Versatile as standalone pieces or styled together as shown. 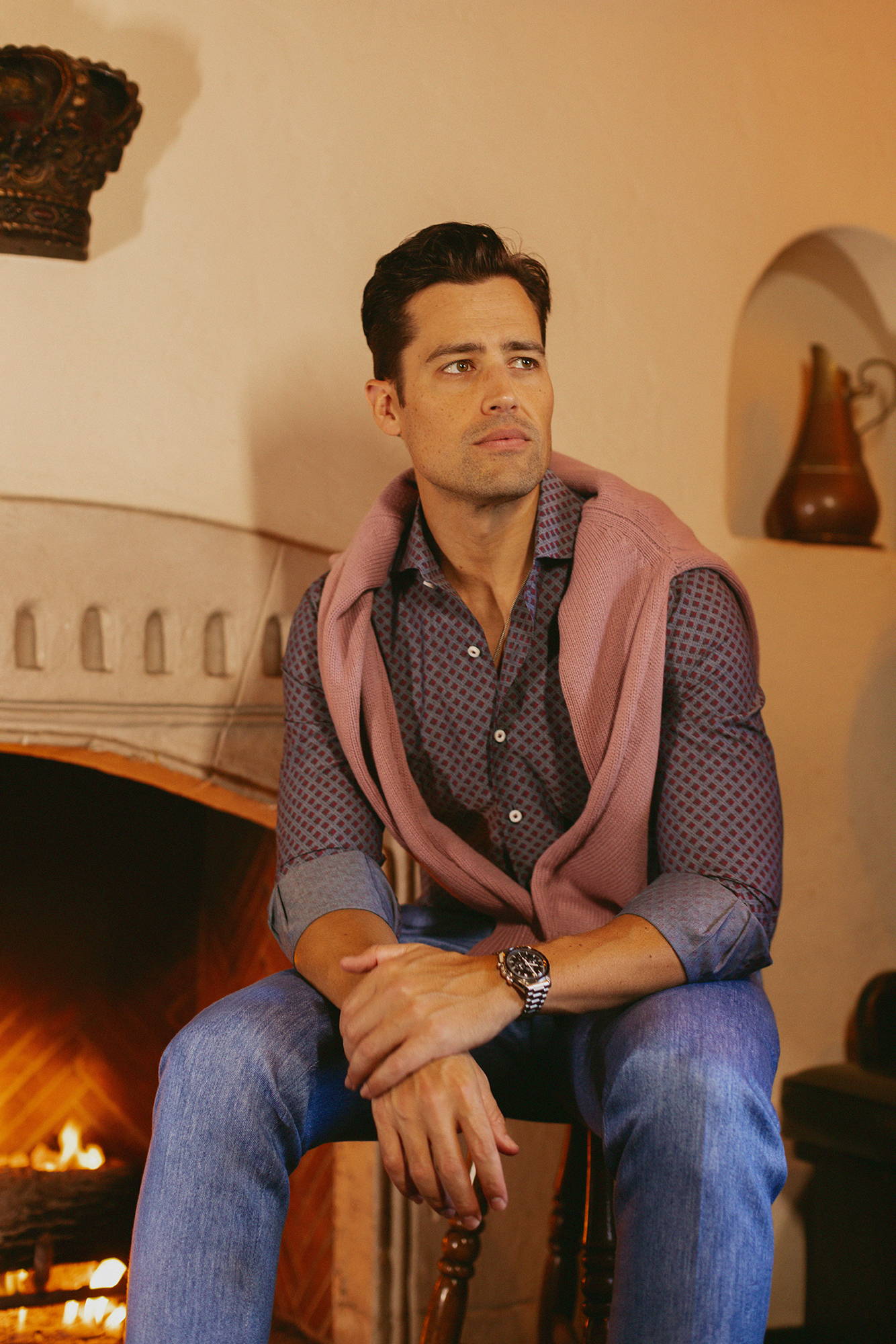 A play on tonal patterns within a velvet blazer and expanded baroque print shirt.

Stunning when worn together and stylish as separates broken apart. 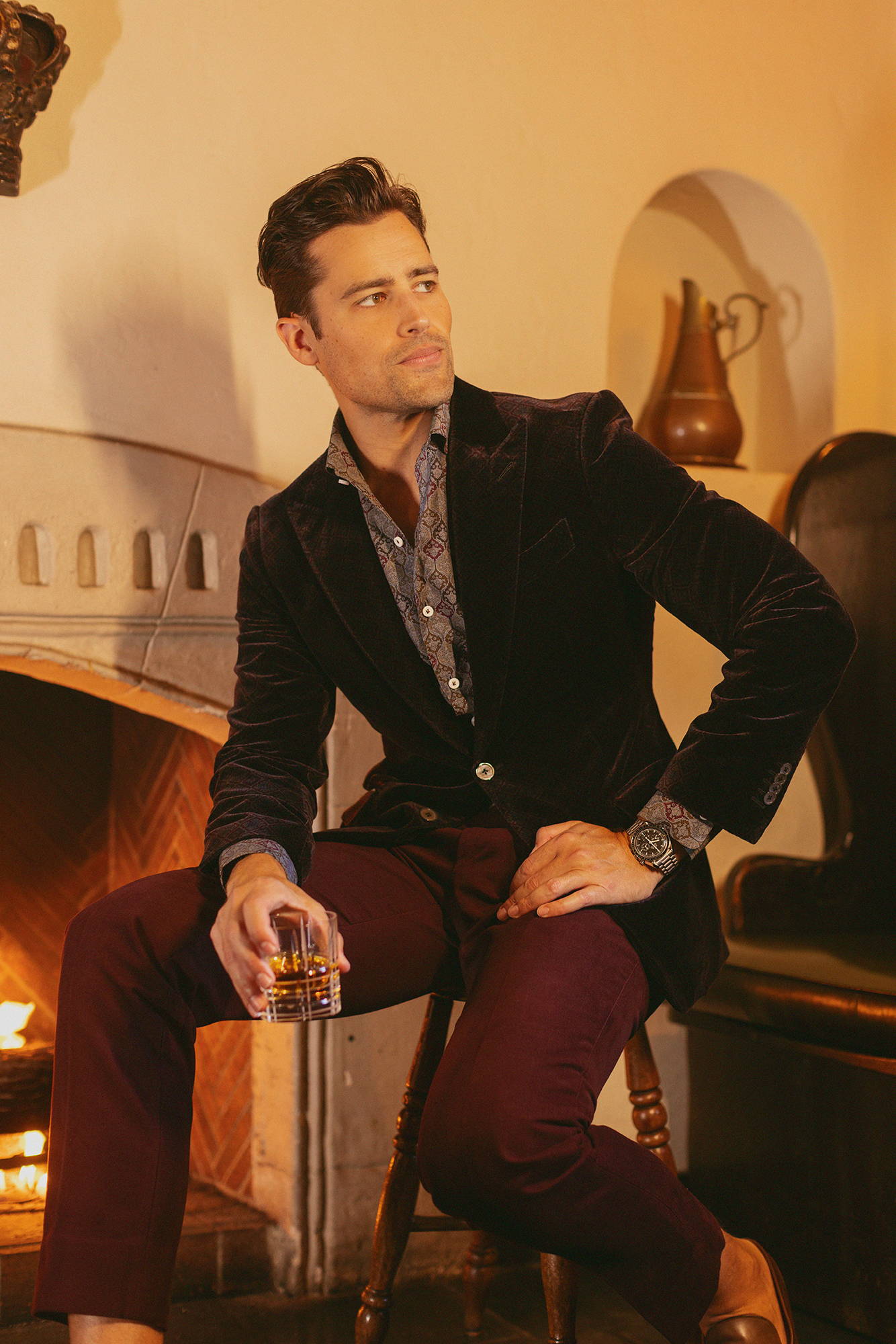 A statement shirt that dresses up as shown or down with denim, sneakers, or layered under a sweater. 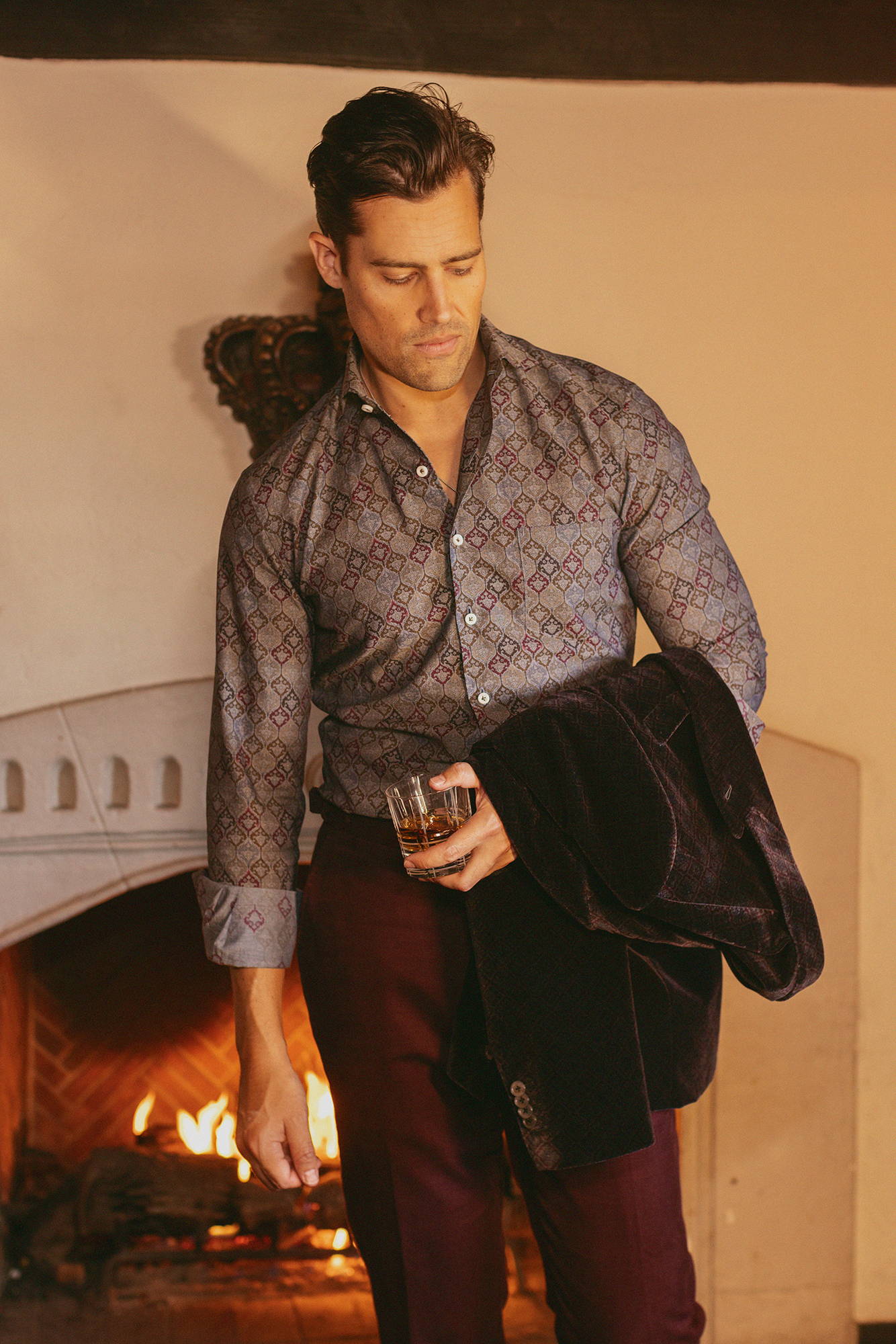 Caramel, the “new navy” for dress outerwear is versatile over any color and on any occasion. 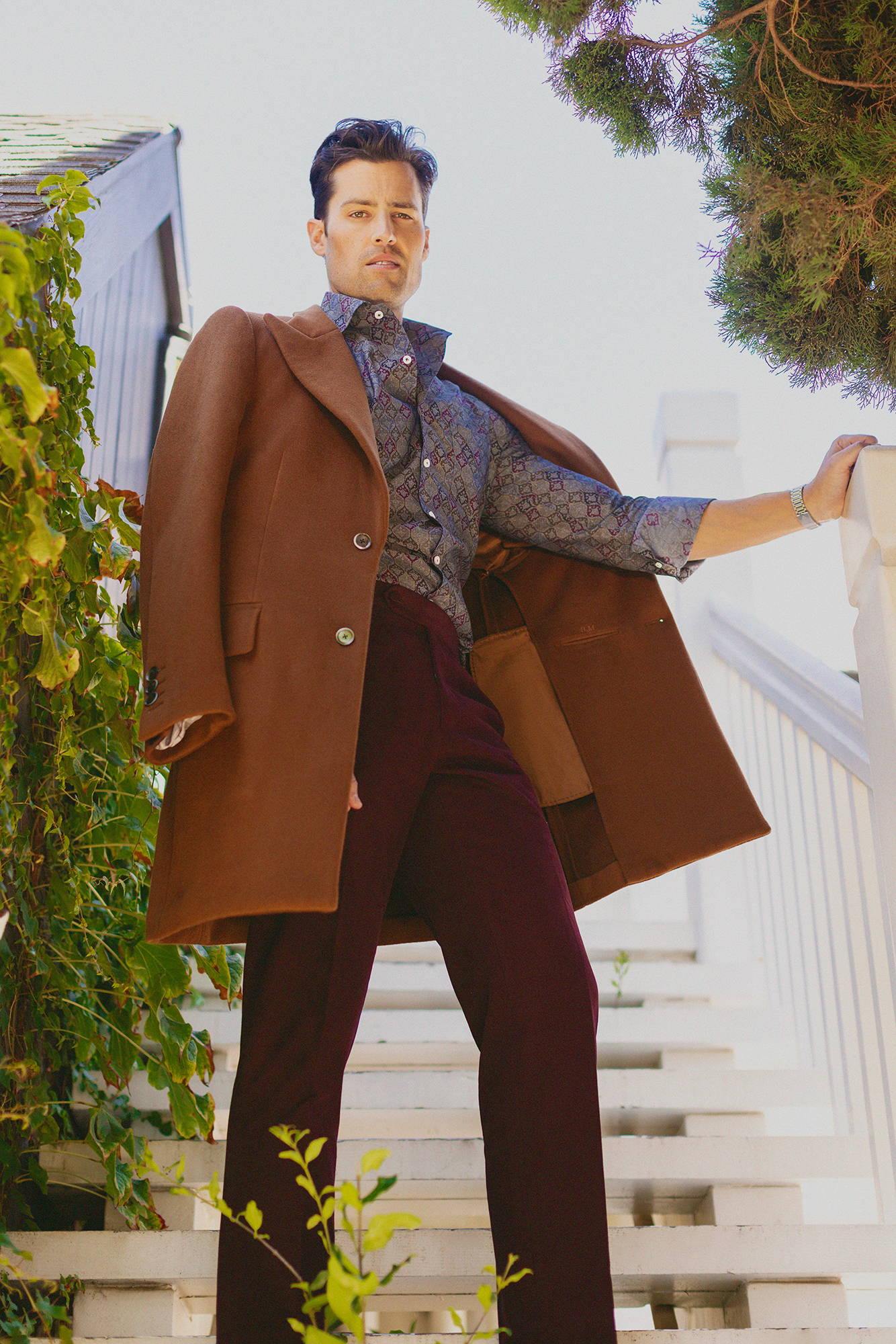 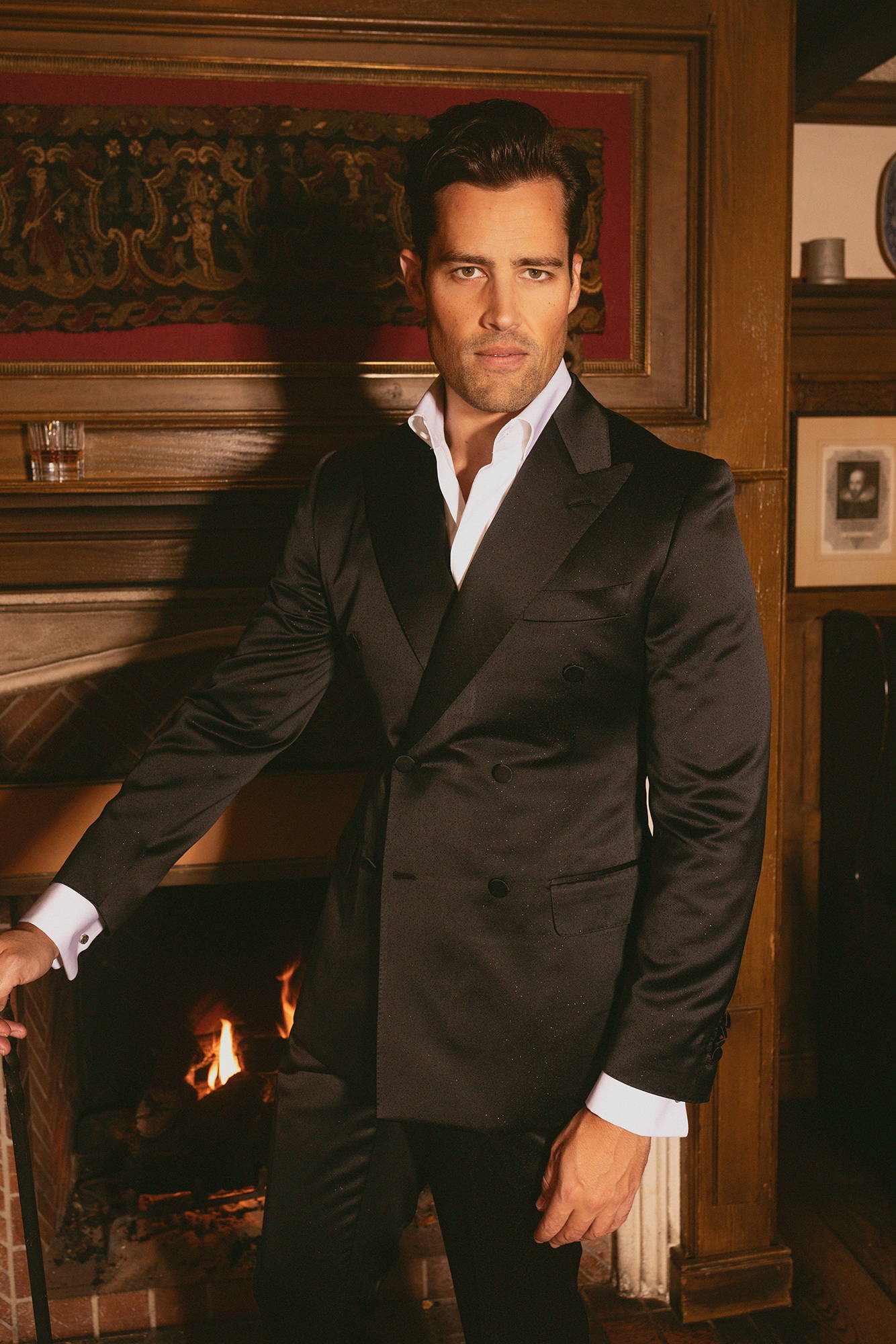 Dashing in double breasted, formalwear takes a deliberate and dressy approach this season.

Can be styled as single breasted as well, and worn with slacks, or dark denim. 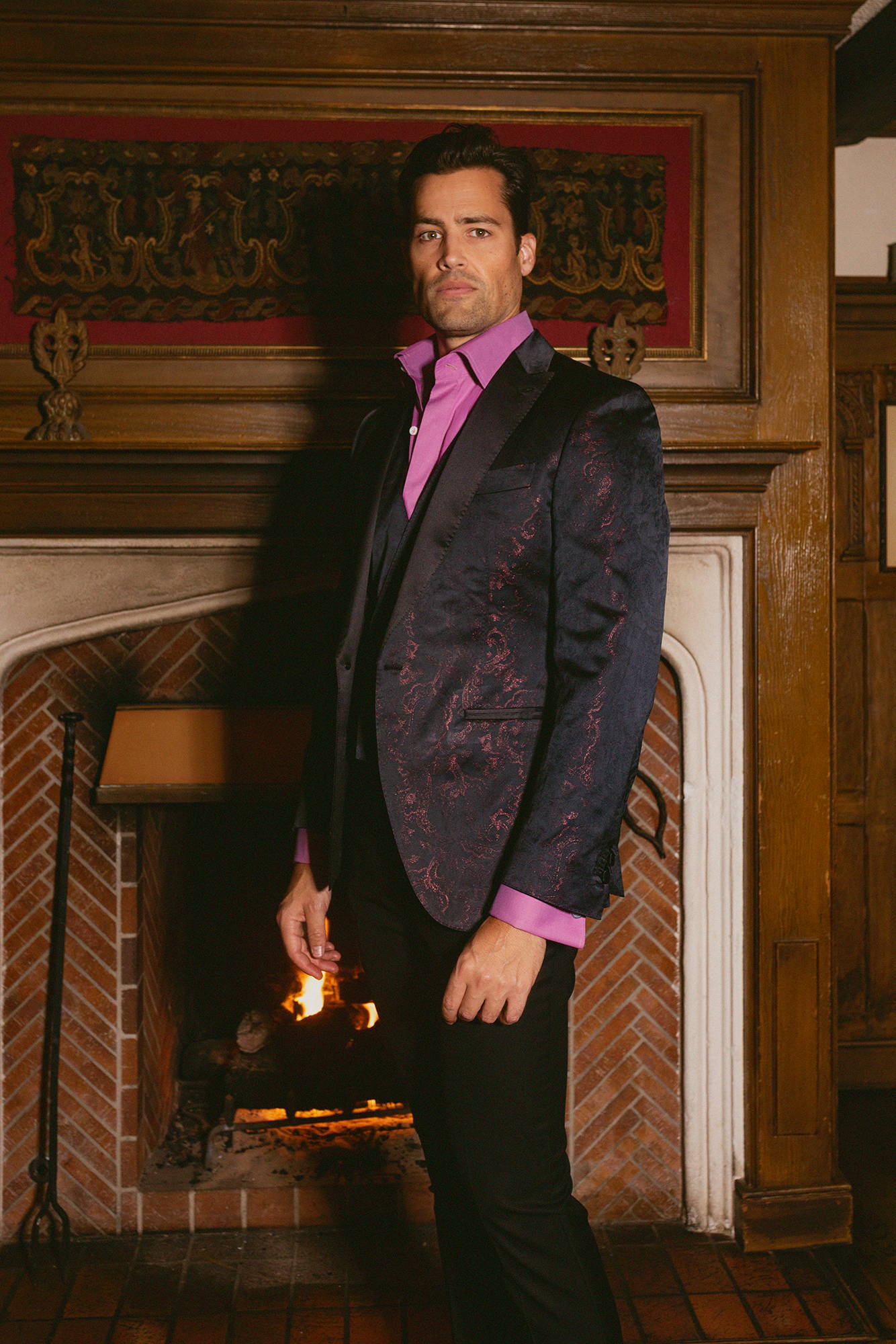 A subtle injection of color and pattern turns this dinner jacket into your winter statement piece.

Style as a 3-piece dinner jacket with dinner pant as shown, sport coat with no satin treatment, or as a full suit. 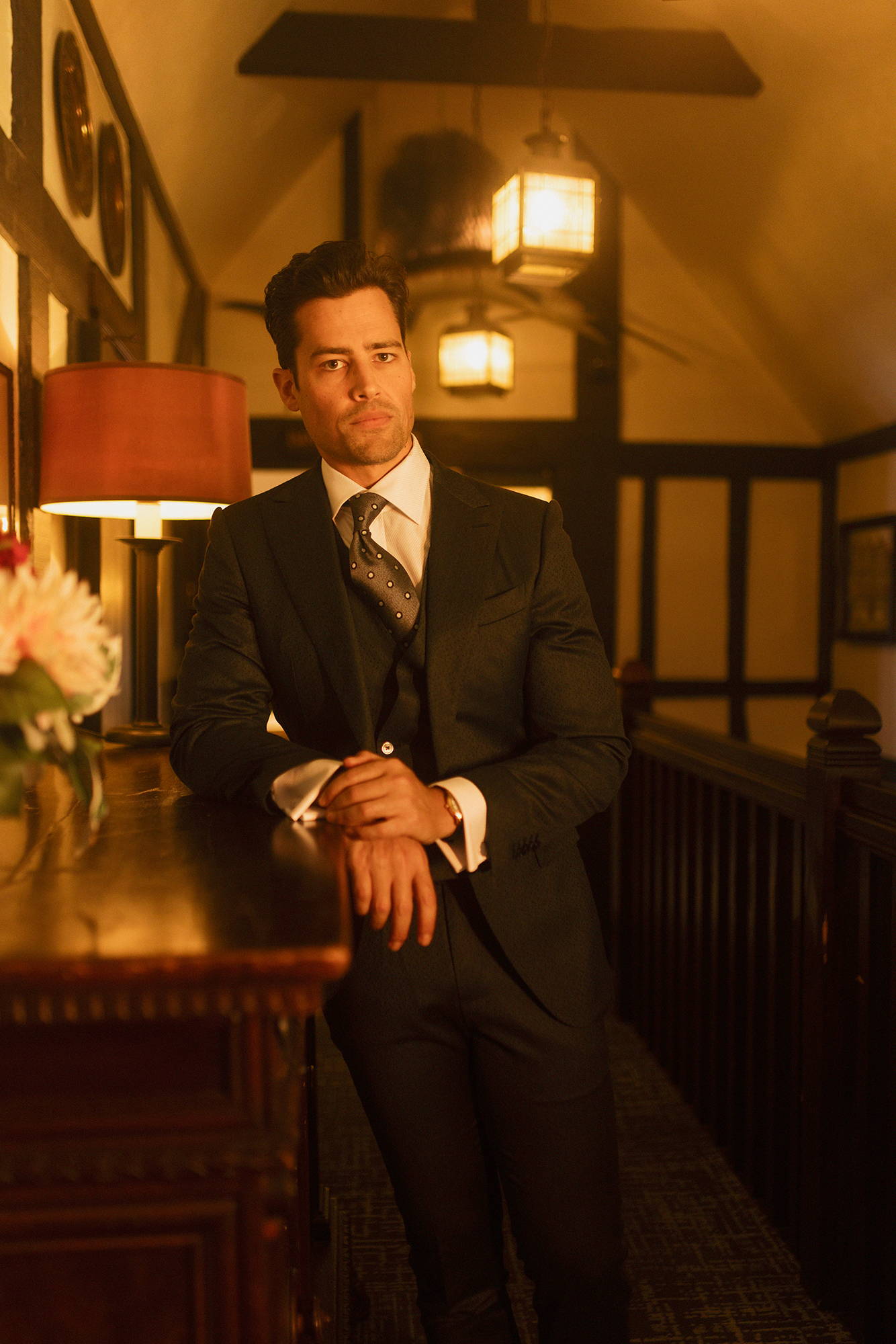 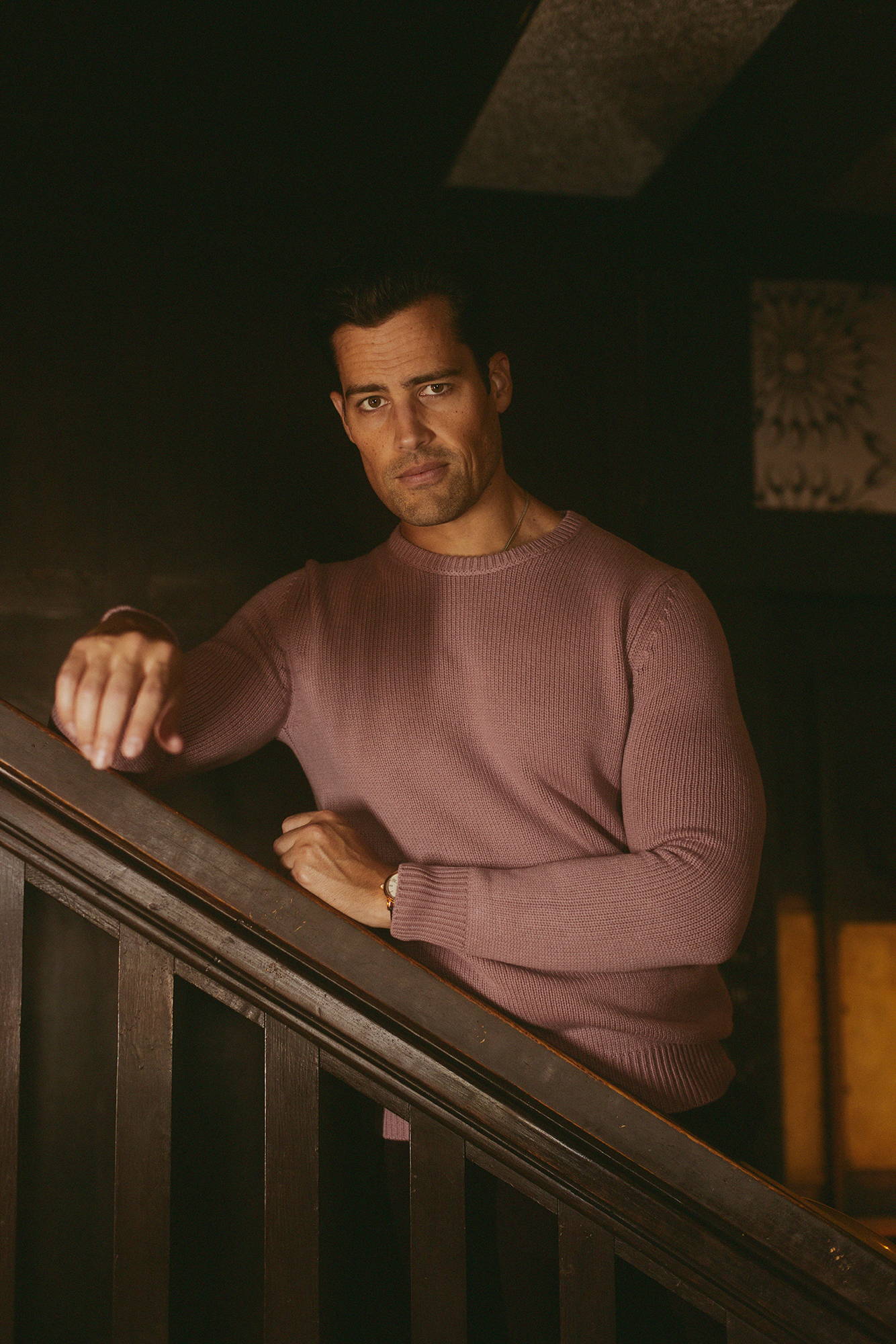 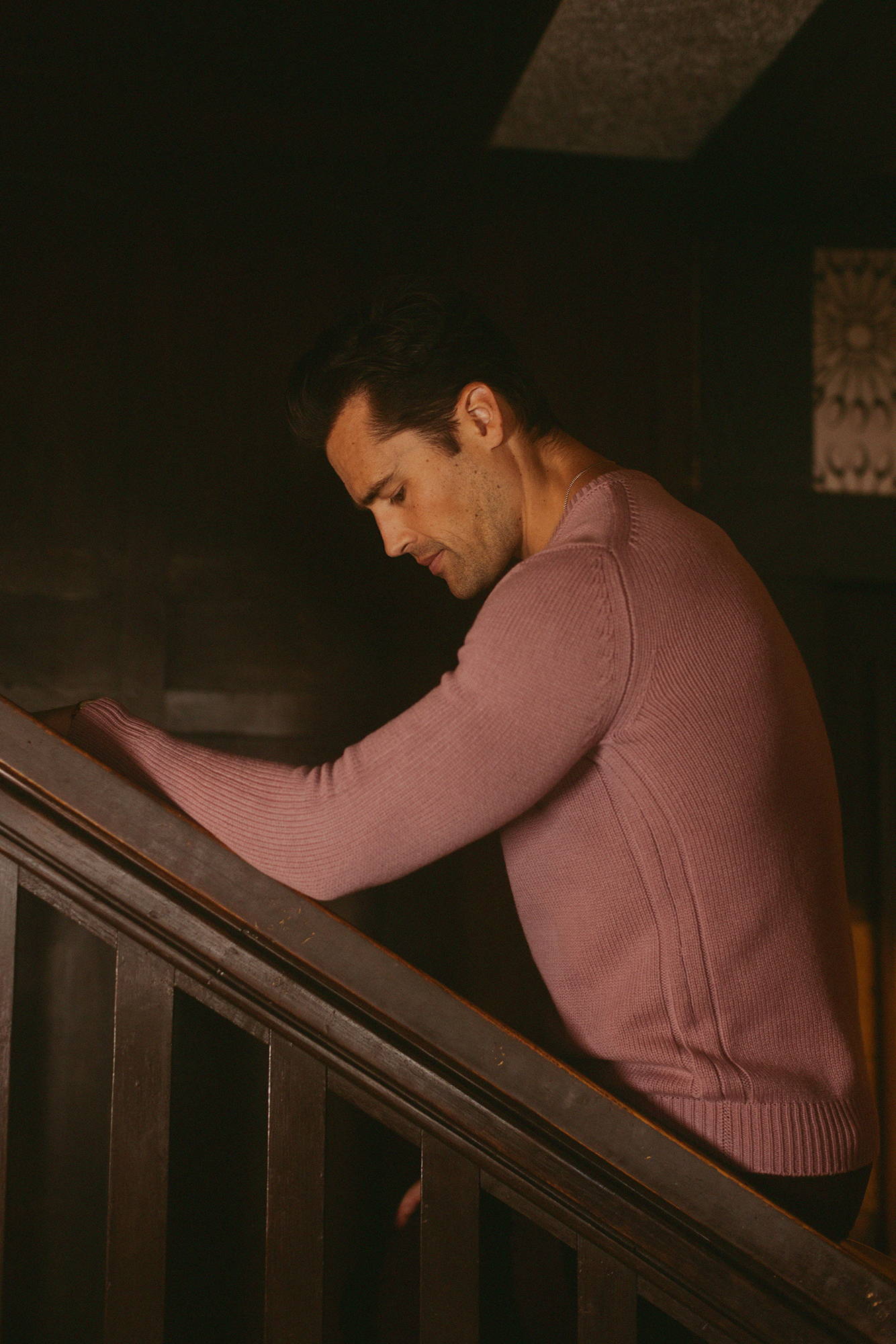 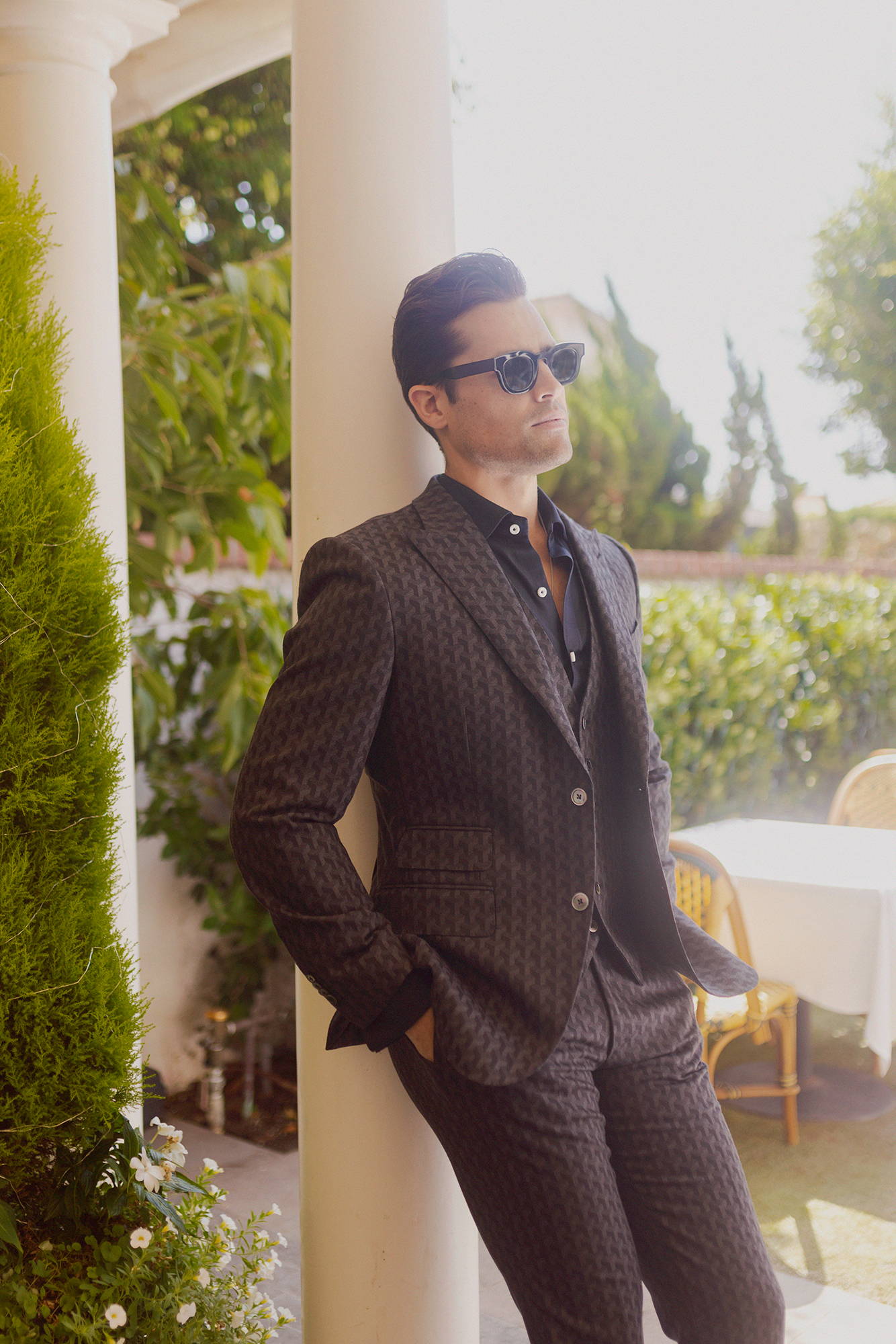 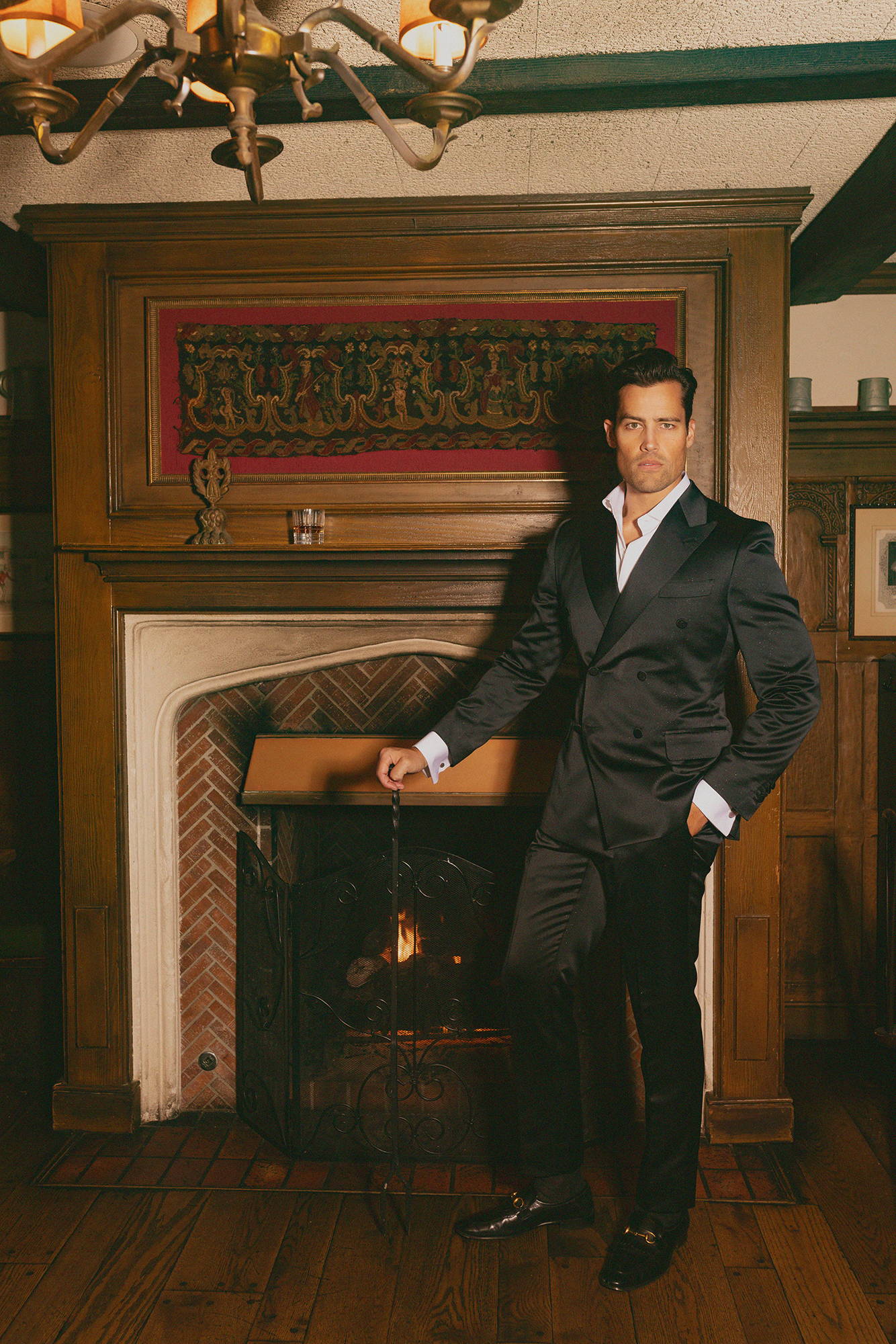 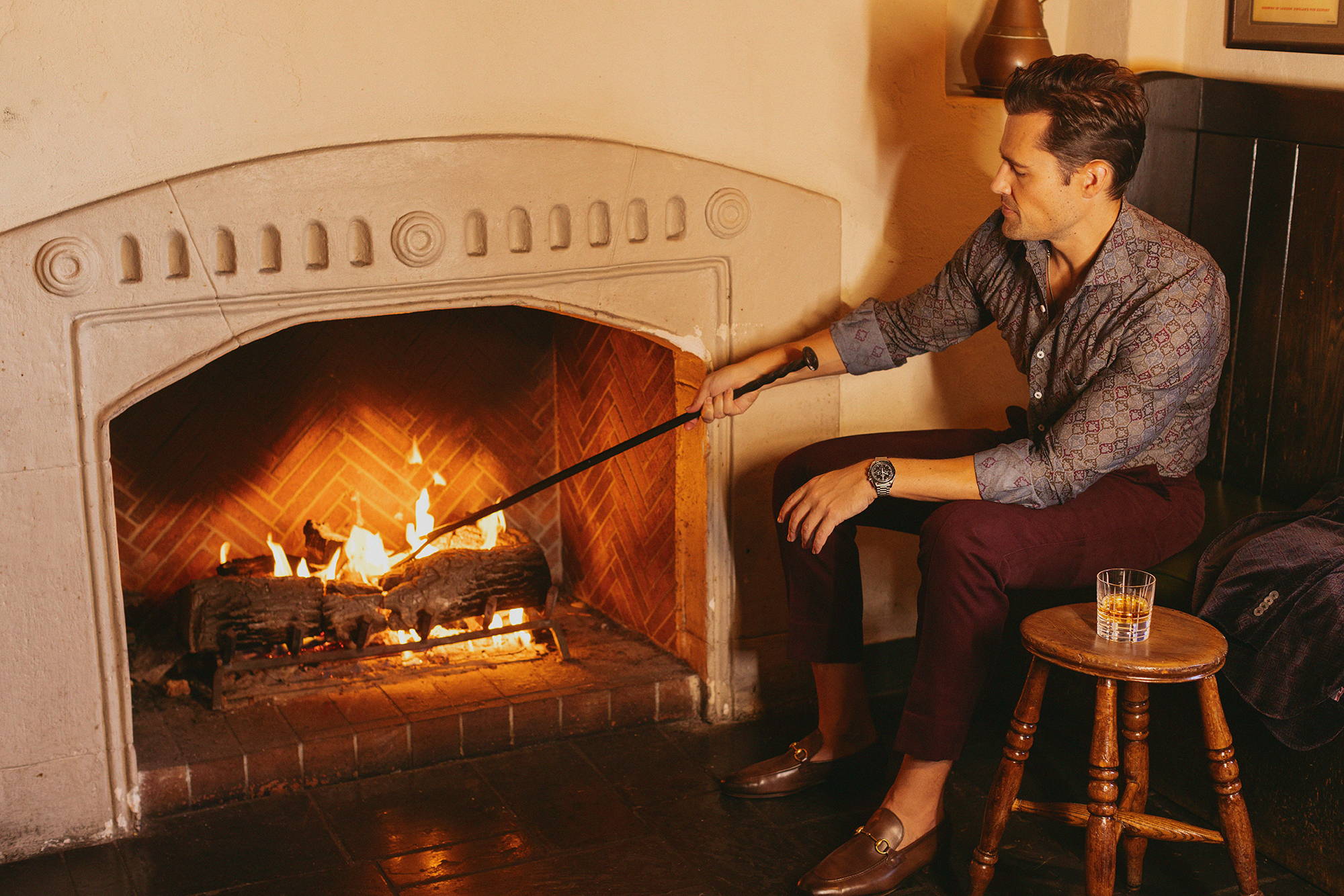